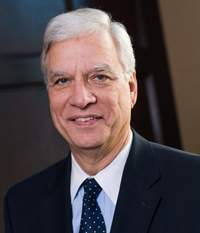 Frank Jones has a very distinguished record of law practice in Rome and the northwest Georgia region dating back to the early 1970’s. A native of Canton, Georgia, he attended the University of Georgia, receiving his A.B. degree in 1965, and pursued his law career at Emory University, earning a J.D. degree in 1967. While at Emory Law School, he was a member of Phi Delta Phi, noted law fraternity and a member of the Bryan Society. Between 1977 and 1983, Frank served as a Floyd County attorney, advising the Commission on legal matters affecting the county and its citizens.