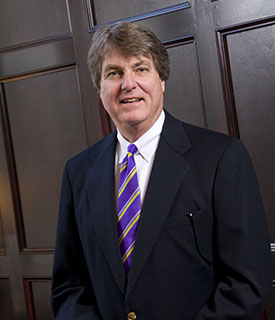 Robert L. Berry is a senior partner of Brinson Askew Berry law firm. Bob's medical malpractice, professional and insurance defense enjoys a strong reputation throughout the state. He is a fellow of the American College of Trial Lawyers, served on the executive committee of the State Bar of Georgia from 1994-96, and was recognized as a Georgia Super Lawyer, a joint project of Law & Politics Magazine and Atlanta Magazine. He represents such clients as MagMutual Insurance Company, Darlington School Rome, News Publishing Company, Redmond Regional Medical Center (Hospital Corporation of America), and The Brugg North America Companies. Bob is also a state-certified arbitrator and mediator.

Active in many local organizations, he has served as President of the Greater Rome Chamber of Commerce, and as a Board Member of the Rome-Floyd County Development Authority, Redmond Regional Medical Center, Georgia Northwestern Technical College, Darlington School Rome, and Greater Rome Bank. Bob has been extensively involved in industrial and business development, and in promoting a regional emphasis for recruitment and an awareness of industrial, business and educational concerns throughout the area.

Connect with Robert Berry on

Robert Berry is a member of the American College of Trial Lawyers.