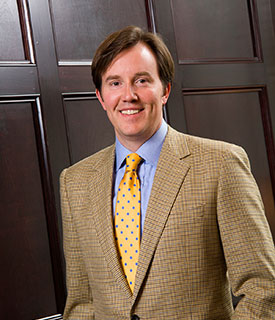 A native of Marietta, Georgia, Stephen is a litigation partner of the firm. His practice focuses primarily on representing physicians, nurses, hospitals, and long-term-care facilities in medical-negligence cases. He also has extensive experience handling automobile-liability, municipal-liability, and premises-liability cases. He has tried many cases in the state courts throughout north Georgia, including metro Atlanta, and the federal court in Rome. Stephen also regularly represents physicians before the Georgia Composite Medical Board and dentists before the Georgia Board of Dentistry. He is licensed to practice in Georgia and Tennessee.

Stephen is active in his community. He is a member of the Rome-Seven Hills Rotary Club and serves on the Board of Directors of the YMCA of Rome and Floyd County. He formerly served on the Board of Governors of the Heart of the Community Foundation, including one year as Chairman, and on the Board of Directors for the United Way of Rome and Floyd County. He is a 2005 graduate of the Greater Rome Chamber of Commerce’s Leadership Rome program. He also has volunteered as a coach for the Rome High School Mock Trial Team and as a coach for various youth-sports programs in Rome.

Stephen and his wife, Kimberly M. Moseley, have two children and are members of St. Peter’s Episcopal Church in Rome.

Connect with Stephen Moseley on